Rivaba Jadeja was also known as Riva Solanki before her marriage. She is the daughter of Hardev Singh Solanki and Prafullaba Solanki. 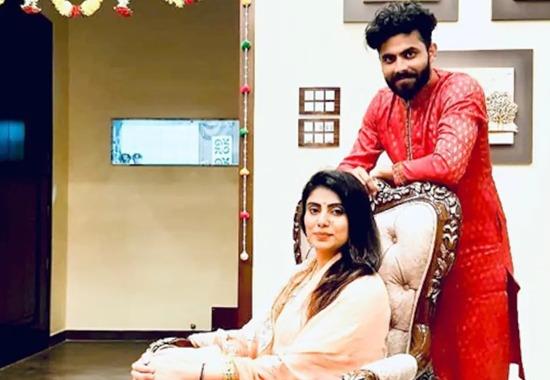 The countdown for the Gujarat Polls 2022 has begun and the ruling Bharatiya Janata Party (BJP) released its first list of candidates on Thursday. BJP's first list of candidates for Gujarat Elections 2022 included as many as 100 names, however, it was Rivaba Jadeja who grabbed the eyeballs. The BJP has fielded Team India cricketer Ravindra Jadeja's wife Rivaba Jadeja from the Jamnagar North seat ahead of Gujarat assembly elections 2022. Now, those wondering apart from being wife of cricketer Ravindra Jadeja, who is Rivaba Jadeja, here's what we all know so far-

Rivaba Jadeja is the wife of Team India cricketer Ravindra Jadeja. Rivaba's husband Ravindra Jadeja is currently recovering from his knee injury and therefore he could not be selected in Team India's T20 World Cup 2022 squad. Rivaba and Ravindra got married in 2016 and have been together since. Rivaba Jadeja was also known as Riva Solanki before her marriage. She is the daughter of Hardev Singh Solanki and Prafullaba Solanki. Rivaba Jadeja was born on September 5, 1990, and is aged 32 years.

Furthermore, Rivaba joined the Bhartiya Janta Party in 2018 and will be contesting the elections for the first time this year. She is set to contest from the Jamnagar North constituency in the Gujarat assembly elections in 2022.

Coming to Rivaba's educational background, the BJP leader completed her Mechanical Engineering at the Atmiya Institute of Technology and Science in Gujarat's Rajkot. She is also the niece of Congress politician Hari Singh Solanki. Before joining the BJP in 2019, Rivaba Jadeja was appointed the chief of the women's wing of Karni Sena, a right-wing organization in India.

The 2022 Gujarat Assembly election for its 182 assembly constituencies will be held in two phases the dates for which has been announced earlier today by the panel led by Chief Election Commissioner Rajiv Kumar. The election will be held in Gujarat in two phases. In 1st phase, a total of 89 seats while in 2nd phase 93 seats will go in the poll on December 1 and December 5 respectively.

The results of the Gujarat assembly election will be declared on December 8th alongside Himachal Pradesh. Major political parties have gone into full campaign mode trying to take on the might of the ruling BJP which has also taken the guard to defend its fort.