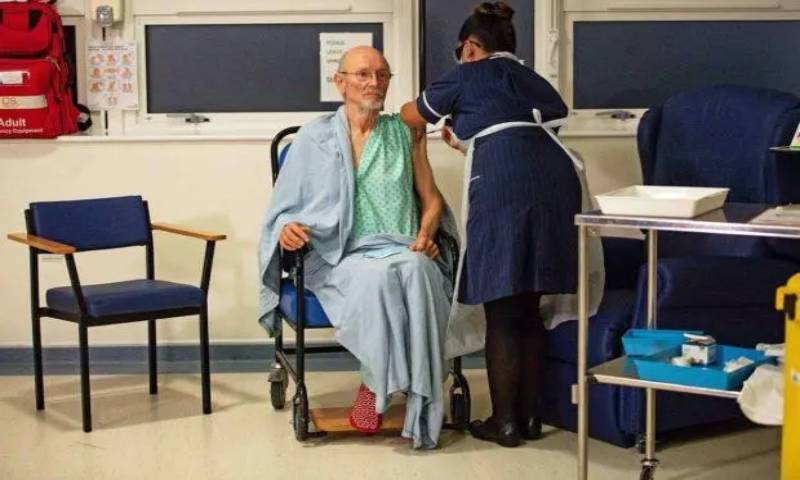 A UK octogenarian man, who scripted the history after being the world’s first man to get Covid-19 vaccine, has died of an unrelated illness on Tuesday.

According to the British media reports, UK pensioner’s name was William Shakespeare, whose move to get the first dose of vaccine in the world at the University Hospital Coventry and Warwickshire hit global headlines on December 8 last year.

According to Jayne Innes, Councillor of Coventry said, Shakespeare, had passed away on May 20 and the "best tribute to Bill is to have the jab.”

Pertinently, Shakespeare was fondly called Bill and he passed away at the same hospital where he had received a vaccine shot.

It may be noted here; Shakespeare had worked at Rolls Royce and was a parish councilor. He had served his local community in Allesley for more than three decades. He was survived by his wife Joy, their two adult sons, and grandchildren.

Court in UAE orders man to pay Rs 3.5 lakh to woman for hurting her feelings via text messages