Apart from her film career, Leena has also been in the headlines for her tumultuous and controversial personal life. 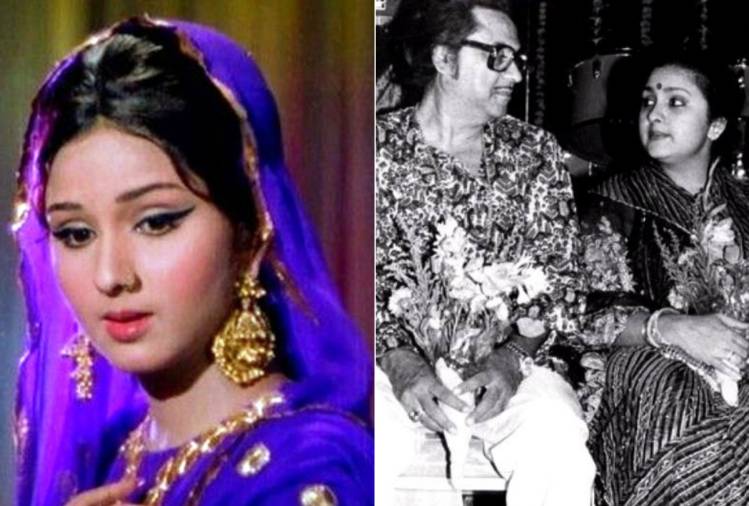 Born on 29 August 1950 in Karnataka, Leena Chandavakar entered the world at the age of just 18. The former Bollywood actress started her career as a model. She had worked in advertisements and it was during this time when she was noticed by the popular actor of that era, Sunil Dutt. That's how Leena got an opportunity to work in the film Mann Ka Meet and went on to work as a leading heroine alongside superstars of that era like Rajesh Khanna, Dharmendra, Jeetendra, Vinod Khanna, Raaj Kumar, Sanjeev Kumar and Sunil Dutt.

It was Sunil Dutt's wife Nargis who groomed Chandravakar as a heroine. Sooner, she got a chance to work in hits like Mamta Ki Chhaon Mein, Zalim, Kaid, Manchali, Bidaai, Mehboob Ki Mehndi and Humjoli.

Also Read: Dimple Kapadia's Reason Behind Not Walking Out Of A Troubled Marriage With Rajesh Khanna

Apart from her film career, Leena has also been in the headlines for her tumultuous and controversial personal life.

Leena Chadravakar lost her first husband after one year of marriage. She got married to Siddharth Badodkar at the age of 24. Badoskar belonged to a prominent Goan political family. After a few months, he died in a gunshot accident, leaving the actress a widow at the age of 25. Leena was in deep shock after losing her husband.

However, it was the entry of Kishore Kumar into Leena's life that turned her life upside down. Kumar, who was one of the most expensive and popular singers, gave Pyaar Ajnabee to Leena.  During the shooting of this film, Leena and Kishore became closer to each other.

It was after getting closer to Kishore Kumar that Leena started living her life again and her days were filled with love.

After living together for a few months, Leena expressed her desire to marry Kishore Kumar in front of her husband, but her father straightly refused. The reason for the marriage denial was the age gap of 20 years between the two and Kishor's previous three marriages.

Kishore was married to Ruma Ghosh, Madhubala and Yogita Bali.

Despite the father's unhappiness and going against the family's will, Leena married Kishore Kumar in the year 1980. Leena had a son Sumit Kumar from this marriage, but after only 7 years of marriage, Kishore Kumar passed away.

Their son Sumit was just five when Kishore Kumar died.