Dhanashree had recently undergone successful knee surgery and ever since then the choreographer is bed ridden and recovering well. 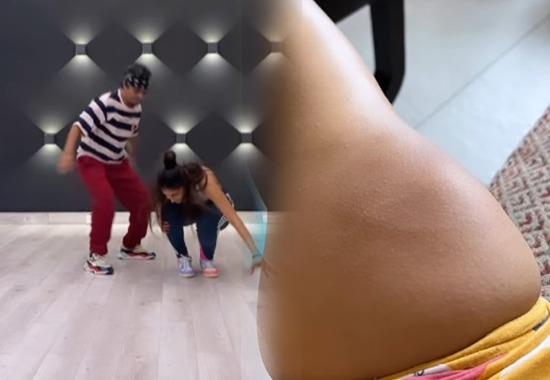 Sharing the video on her Instagram, Dhanashree Verma wrote, "I am a champion and you're gonna hear me roar. LOUDER THAN A LION 🦁🔥

Be strong enough to fight alone and wise enough to wait for your turn 🔥🤙🏻Hard times will come & go but be aware of your surroundings and learn from every experience.Took me a while but here I am. PS. Be the person who breaks the cycle.(SIC)"

Last month, Dhanashree Verma faced online hate from fans on social media after she shockingly removed Chahal's surname from her name from her social networking sites. Following that Yuzvendra Chahal's cryptic post on 'new innings' fueled the speculation that Dhanashree and Chahal might be heading to divorce. However, later both Dhanashree and Chahal refuted the breakup rumors. Notably, Dhanashree in her long note had revealed that the injury was such severe that she felt that she won't be able to dance again.

An excerpt from her long caption read: "I opened my eyes feeling so confident and strong today. Something I was seeking since the past 14 days. I had completely lost confidence due to my knee injury that happened while dancing (my last reel) and I landed up tearing my ACL ligament. I have been resting at home and the only movement I have had is from my bed to my couch (along with physiotherapy and rehab everyday). But what has also got me through this is the support of my near and dear ones including My husband, my family and my closest friends."