Sergio Aguero has once again been the subject of rumours claiming his retirement. Meanwhile, Xavi and vice president Rafa Yuste of Barcelona have denied the allegations. 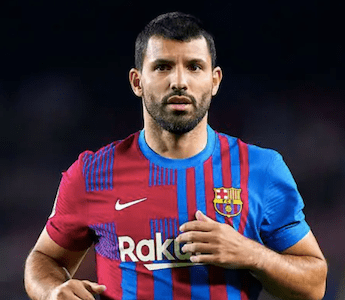 Sergio Aguero, the Argentine striker, was once again the subject of conflicting claims declaring his retirement. It's been like way since he had chest problems during a Barcelona game and had to leave the game to receive treatment. So yet, none of the club authorities, including manager Xavi, have acknowledged it.

Also Read: Unvaccinated Bayern Munich midfielder Kimmich returns to home quarantine
It all began when a story from the Spanish journal MARCA said that Aguero was about to retire from football owing to heart-related difficulties, and that he would make the formal announcement in the coming weeks.
Also Read: SL vs WI: Debutant Jeremy Solozano taken to hospital after hit on head
The Argentine joined the club from Manchester City and has only appeared in five games for the team, scoring once.
Xavi, however, the manager of Barca, stated that this was not the case. "I don't have any fresh information on him." He hasn't said anything to me about it. I spoke with him the other day, and he seemed to be in a good mood right now. Regardless of what the stories state, it is untrue. While we wait to see what happens next with him, we are really hopeful that he will return to play for us."
Rafa Yuste, the club's vice president, has also denied the claims to Movistar. Instead, he stated that the club has three months to investigate the abnormality, and that the medical staff has also stated that the problem is not serious.The Argentine would have to wait at least three months to see if he could retake the field.

Earlier, the star Aguero already himself had denied the rumours. He wrote on social media, “Given the rumours, I tell you that I am following the indications of the club’s doctors, doing tests and treatment and seeing my progress within 90 days. Always positive.”