The 20-year-old became the first Indian woman wrestler to win a silver medal in the World Championships. 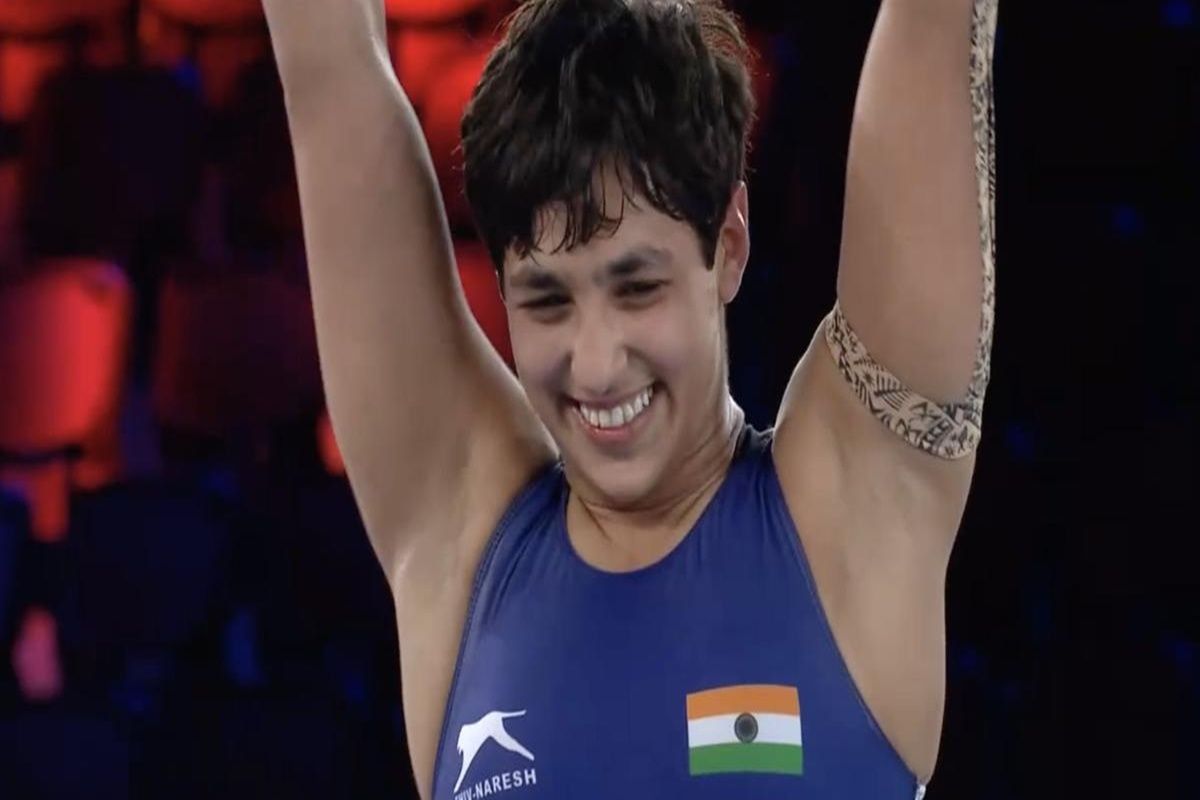 The 20-year old Malik hails from Nidani village in Haryana's Jind district, which is known for producing wrestlers and boxers. After seeing her brother Shubham train at the CBSM Sports School in the village in 2012, Anshu decided to take up wrestling and undoubtedly proved “hmari chhoriya chhoro se kam hai kya” (our girls are no less than boys- dialogue from movie Dangal).

With her hard work and discipline, the Nidani girl has realised her father’s dream, making the entire nation proud.

Dharamveer, Anshu's father, is a former wrestler who competed for India in junior wrestling in the 1990s. Due to a knee injury, Dharamveer's professional career had to be cut short.

In 2012, Anshu insisted that she, like her younger brother, be trained as a wrestler at Nidani Sports School. Her father Dharamvir's initial focus was on his son, who was four years younger than Anshu, but as they trained, he realised where he should concentrate his efforts for the time being.

"She began defeating girls who had been practising for 3-4 years after only six months of training. Then I focused on my daughter rather than my son. She had the spark,” says Dharamvir.

The decision certainly was one of the best as today Anshu has brought India’s first-ever silver medal in the women's World Wrestling Championships home.

In 2016, the Haryana grappler took silver in the Asian Junior Championships in Taiwan and bronze in the World Cadet Championships in Georgia. She was there to win the world cadet title a year later.

Dharamveer made sure Anshu was treated like a champion when she returned home from the Tokyo Olympics in August, her maiden Summer Games.

"I was always upset whenever I returned from international events without winning a medal." In Anshu's situation, however, this has not been the case. I've always taught her that a setback can teach you something. She has moved on from her Olympic setback to a Russian opponent," said Anshu's father.

“It makes me a little emotional to see her become the only Indian wrestler to reach the final of a world championship,” Dharamveer was reported as saying earlier.
Anshu became one of the youngest Indians to qualify for the Tokyo Olympics in April 2021, after a tremendous year and a half at the senior level, claiming Asian gold and silver at the Individual World Cup in Belgrade in 2020.

Her preparation for the Olympics, however, was hampered by a COVID-19 outbreak in her family. Anshu had to train out of a hotel room as her father Dharamveer battled the deadly infection. She gave it her all at the Olympics, but fell in the repechage to eventual finalist Iryna Kurachkina and subsequently Valeria Koblova.