Shah Rukh Khan's son Aryan Khan is being questioned in connection with her rave party case. 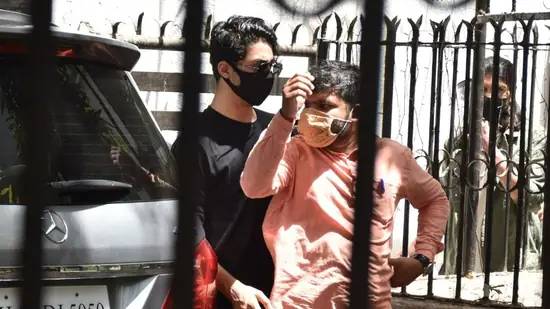 The Narcotics Control Bureau (NCB) raided a high profile rave party on Saturday night and around eight people were destined in connection with possessing drugs and investigation is underway.

The bureau has released the names of those being detained and the most notable name amongst them is Aryan Khan, son of Bollywood superstar Shah Rukh Khan.

The party was underway on the 'Cordelia the Impress' cruise in the middle of the Arabian sea. At the time when NCB was raided, 600 people were present at the party.

By far the NCB has detained 13 people including 3 girls who are said to be businessmen's families from Delhi.

According to NCB sources, Aryan was also present on the cruise and said he was invited as a VIP guest, however, it is not clear whether he had taken drugs or not.

Meanwhile, all the six organizers of the rave party have been summoned for questioning by the NCB, before 11 pm tonight. FTV India managing director Kashiff Khan has also been called for questioning.

Arbaaz Merchant is Aryan Khan’s close friend, while the other girls detained are daughters of prominent businessmen.

Aryan Khan's mobile phone has been seized by the NCB officials and is examining the chats and text messages whereas other detainees' mobile phones have also been confiscated and their details are being verified.

The detainee's statement will be recorded and will be present before the court on Sunday, according to NCB sources.

"All eight, including Aryan Khan, are being questioned. Based on their statements further action will be taken," said the anti-drugs agency.
Drugs like cocaine, charas, Mephedrone and Ecstasy from the cruise party have been recovered by the investigation team.

Sources said disguised as passengers the NCB team boarded the ship based on a tip around 15 days ago and an elaborate operation was planned.

“The information that NCB got specified that it wasn’t going to be a regular party on the cruise ship, but one where drugs would be consumed,” sources said, adding that the NCB sleuths who raided the cruise ship were not aware that there would be celebrities on the board.

"During the operation, the suspects were searched and different drugs were recovered from them, which they had hidden in their clothes, undergarments and purses (by women). The detained persons will be produced in a court later in the day after the legal formalities get over,” the NCB official said.