One of the most important priorities for Pakistan captain Babar Azam, who is 27 years old, was when he would marry. 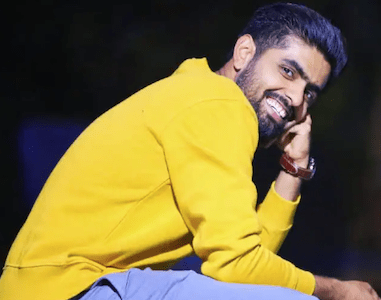 Babar Azam, Pakistan's captain, was recently put on the spot when he had to respond to Google's most commonly asked questions about the prolific batsman. The Pakistan Cricket Board (PCB) shared a video on social media in which Babar was forced to respond to some challenging questions posed by his followers via Google search.
Also Read: Missing tennis player Peng Shuai reappears in public view
One of the most pressing concerns for the 27-year-old skipper was his marriage plans. "Even I'm not aware of that." My family members are aware, and for the time being, my primary priority is cricket," Babar stated in response to a query regarding his marriage.
Also Read: Is Barcelona Footballer Sergio Aguero RETIRING After Heart Complications In La Liga Match?

Babar Azam is engaged to marry his paternal cousin, according to reports, although the wedding date has not yet been set.
Babar recently guided his side to the T20 World Cup 2021 semi-finals in the United Arab Emirates. Despite the fact that his side was eliminated by Australia, Babar finished the competition as the leading run scorer and the only player to score more than 300 runs – 303. He is now leading the side in the third T20 against Bangladesh, which will take place on Monday (November 22), with Pakistan leading the series 2-0.
The first query was about Babar Azam's residence. "As everyone knows, I reside in Lahore, and the city's peculiarity is that it offers a wide variety of well-known foods.
"There are a lot of cricketing legends from this place," he said.
When asked about his income, the Pakistan captain responded with a cheeky "I can't tell this, but I can say it is less than you think."
Babar Azam's last response to the issue of who his idol is was that he has been a fan of AB de Villiers since the beginning. "I've tried many times to imitate him. During his time, he was one of the finest. He's performed all around, which is why I'm a big fan," Babar explained.