Hopefully Chris will last as long as possible. Cherish those moments. Commentators, don‘t put no stats about Chris Gayle not scoring a half-century. 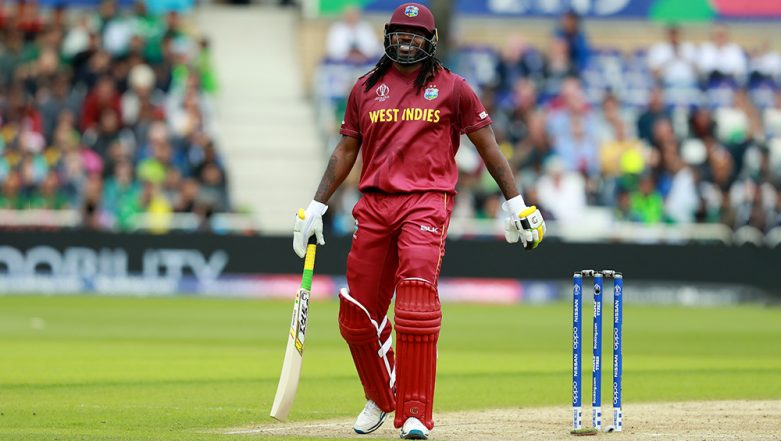 Soon turning 42, despite his age Chris Gayle always helps to produce scores and performs actions that always lead his team to glow in the field. While performing the T20 internationals against Australia he had a lot of pressure on himself and he scored 13 and 4 in both matches. But in the third match of the T20 Chris was back with a boom and scored 67 runs which contributed to the victory of West Indies against Australia by 6 wickets.

With this victory, West Indies is now left with two more games to play. After the match, Gayle told that every person watching him should be delighted seeing the ‘Universe Boss’ on the field.

ESPNcricinfo said, “My main focus is the World Cup. Don't mind the numbers, Chris Gayle not getting the runs, soon to be 42. You guys should be happy to see Chris Gayle on the field still, hopefully, Chris will last as long as possible. Cherish those moments, commentators don't put up no stats about Chris Gayle not scoring a half-century. Just respect the Universe Boss, let him play cricket and have some fun. Enjoy the moment with Chris Gayle, a strong West Indies team and some good youngsters” while addressing Gayle.

During the third match, Gayle became the first player to hit 14000 runs in the shortest time phase of the match. The West Indies team’s bowling scheme didn’t allow Australia to score 141/6 before they chased the Australians without any effort with 31 balls.

The swashbuckler further said, "It's a great journey. I'm so happy and so pleased to get a series win first of all. I just want to commend the stand-in captain Nicholas Pooran for winning a fantastic series against a great team. To Kieron Pollard, he played a big part as well even though he played in none of these games. You all knew I was struggling with the bat and to be able to get some runs today was very pleasing. I want to dedicate these runs to my teammates. Especially Kieron Pollard and Dwayne Bravo. Sometimes, no matter how great you are, you need to get some talking to. The strength and unity in this team is immense”