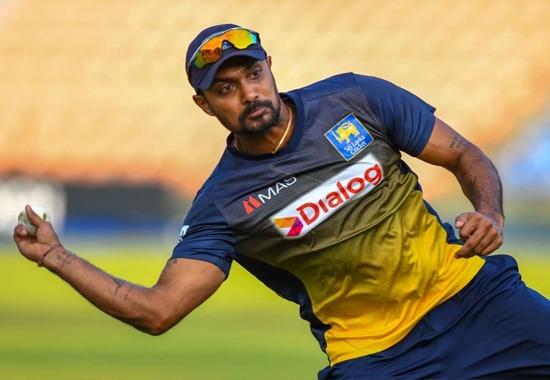 Now, for those who still do not know how the cricketer was accused of rape charges, here's what Sydney Police in its statement told the media-

As per Sydney Police, Danushka Gunathilaka was arrested after a 29-year-old woman alleged that the 31-year-old Sri Lankan cricketer sexually assaulted her at a residence in Rose Bay. Furthermore, Gunathilaka reportedly met the woman through a dating app in Australia when he was with the team for the T20 World Cup 2022. "The woman met with the man after communicating with him for a number of days via an online dating application; it's alleged he then sexually assaulted her on the evening of Wednesday 2 November 2022," a New South Wales police statement said.

After suspending the cricketer from all forms of cricket, Sri Lankan Cricket Board in its statement said, "the Executive Committee of Sri Lanka Cricket decided to suspend national player Danushka Gunathilaka from all forms of cricket with immediate effect and will not consider him for any selections after being informed that Mr. Gunathilaka was arrested and charged with sexual assault of a woman in Australia."

Notably, Gunathilaka attended court via a video link. The bail hearing took place at the Downing Centre court in Sydney. However, he was denied bail as earlier mentioned.