True Scoop brings a list of few films and documentaries that might help us recall that tragic day and hear stories from people who were there. 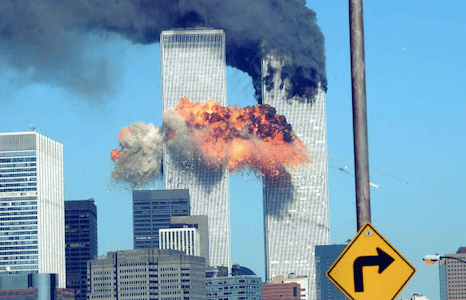 As difficult as it is to believe, this year marks the 20th anniversary of the September 11, 2001 terrorist attacks, which killed over 3,000 people and affected everyone who survived, whether they were in New York City, Washington, D.C., or at home watching the events unfold on television. As we reflect on one of the most significant days in modern history, we can't help but recall some of the powerful films that have been produced in the 20 years since the World Trade Centre fell. Below are a few films and documentaries that might help us recall that tragic day and hear stories from people who were there.

Also Read: On the 20th anniversary of 9/11, US President Biden remembers the victims
9/11 (2002)
What began as a plan by Jules, Gédéon, and James Hanlon to document a year in the life of a probationary FDNY firefighter (“probie”) transforms into something entirely different during production and has since become one of the most important documentaries about the September 11, 2001 attacks, resulting in 9/11. This extremely raw and horrific 112-minute documentary, shown on CBS in March 2002, revealed audiences what first responders experienced as they became part of history, many of whom died attempting to save victims in the World Trade Center and surrounding area. 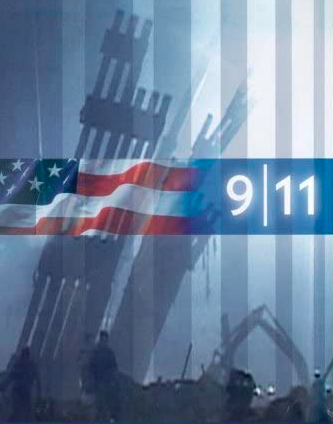 One thing to keep in mind with 9/11 is that it was shot live as the events unfolded, resulting in some very scary moments. After all these years, one aspect of the film that has stuck with me is how the Naudet brothers become separated from one another in the middle of the turmoil and destruction. Despite being scared, bewildered, and confused, the brothers continue to record film in order to convey the full narrative of what happened on that terrible day.
Also Read: LUCIFER: Know about Tom Ellis and Lauren German hilarious first meeting 'Exhausted from day one’
Generation 9/11 (2021)
On September 11, 2001, tens of thousands of individuals lost loved ones, leaving them with cherished memories to help them get through their darkest days, but what about those who hadn't been born yet when their moms and dads died? Generation 9/11, a PBS programme from 2021, spends over two hours delving at the lives of only seven young people whose parents perished on September 11, 2001, and explores how life has changed for them since then. This personal documentary depicts how the tragedy has impacted these sons and daughters, as well as how they honour their parents' memories. Available on PBS.See documentary here.
Also Read: Halloween Kills: An age-old Halloween story that did not age well
9/11: One Day In America (2021)
With 9/11: One Day in America, the National Geographic Channel broadcast one of the most thorough and emotional documentary series about the September 11 attacks in August 2021. This six-part documentary (available in its entirety on Hulu) focuses on many of the major events of the day that have already been explored in depth, but it also includes some extremely personal stories of survival and death that will help you better understand the depth of the pain and damage. See documentary here.
Also Read: Jennifer Lawrence expecting her first baby with Cooke Maroney! See pic
NYC Epicenters 9/11-> 2021½
The interesting thing about NYC Epicenters 9/11 -> 2012 is that it not only tells the stories of New York first responders, 9/11 survivors, and famous New Yorkers like Jon Stewart and Rosie Perez, but it also delves into how the events of that day changed everything and set the stage for the world we live in today. This multipart HBO docuseries spans the years leading up to the COVID-19 epidemic, offering a richly detailed and emotionally charged image of one of the world's great cities and how tragedy and victory shape it and its people.Available on HBO Max.See documentary here.

Memory Box: Echoes of 9/11
“Memory Box: Echoes of 9/11,” a Yard 44 and NBC News Studios production, is presented by MSNBC Films and Peacock. The feature documentary, directed by David Belton and Bjrn Johnson, recounts the narrative of September 11th in a way that has never been seen before, using personal, self-recorded experiences from a plywood video booth that have never been presented on film.” Available on NBC’s Peacock.See documentary here.


Turning Point: 9/11 and the War on Terror
“From Al Qaeda's origins in the 1980s through America's reaction, both at home and abroad, this uncompromising series recounts the 9/11 terrorist attacks.”It is available on Netflix.
See documentary here.

9/11: Inside The President’s War Room
“Experience the events of September 11th, 2001, through the eyes of President Bush and his closest advisors as they directly explain the pivotal hours and important decisions of that historic day.” Available on Apple TV+.
See documentary here.

Frontline: America After 9/11
“From veteran FRONTLINE producer and political chronicler Michael Kirk and his crew, this documentary examines the United States' reaction to the terrorist attacks of September 11, 2001, and the terrible results that unfolded through four presidencies. Available on PBS.
See documentary here.