Explained: What is Mr. Bean row that erupted after Pakistan's defeat in T20 World Cup 2022?

Zimbabwe's President took to his Twitter handle and said that Pakistan must not send a fake Mr. Bean the next time after Zimbabwe won the match by 1 run 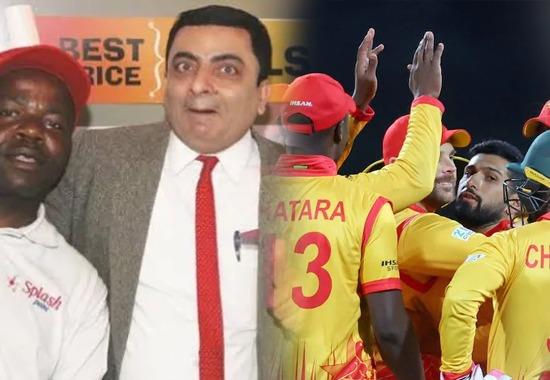 While Pakistan suffered a humiliating defeat at the hands of Zimbabwe in the T20 World Cup 2022 on Thursday, fans from both nations got involved in a Twitter war and the reason was fake Mr. Bean. Yes! you heard it right, Pakistan Mr. Bean controversy is going out of the hands with leaders from both nations have been engaging in a Twitter banter. In fact, Zimbabwe's President took to his Twitter handle and said that Pakistan must not send a fake Mr. Bean the next time after Zimbabwe won the match by 1 run. Now, for those who do not know Pakistan Mr. Bean's background, here's what happened-

Everything started way before Pakistan vs Zimbabwe T20 World Cup 2022 match when the Pakistan Cricket Board (PCB) posted photos of the players training at Perth ahead of their match. Interestingly, a user from Zimbabwe named Ngugi Chasura replied, "As Zimbabweans we wont forgive you. You once gave us that Fraud Pak Bean instead of Mr Bean Rowan. We will settle the matter tomorrow. Just pray that rain doesn’t save you". Soon the tweet raised many eyebrows, however, a Pakistan fan asked the user to explain what has actually happened? He replied, "they gave us Pak Bean instead of Mr Bean in one of our local events called Agricultural show”. And he tweeted a pic of the Pakistani look-alike at an event. “This is … Pak Bean who imitates Mr Bean stealing people’s money".

Who is fake Mr Bean?

Now the question arises is there any fake Mr. Bean? The answer is yes. Fake Mr. Bean's name is Asif Muhammad, a Pakistan comedian who can pose as a doppelgänger for the real Mr Bean. In reality, Mr. Bean is played by British actor Rowan Atkinson.

After Zimbabwe won the match, President Emmerson Mnangagwa in an elated tweet hailed the 'Men in Red', however also took a dig at Pakistan for sending fake Mr. Bean. "What a win for Zimbabwe! Congratulations to the Chevrons,” the first line read. Pretty regulation enough. Then came the money shot in the second line- "Next time, send the real Mr Bean…#PakvsZim"

What a win for Zimbabwe! Congratulations to the Chevrons.

Infuriated by the tweet, Pakistan Prime Minister Shehbaz Sharif took to his Twitter handle and wrote, "We may not have the real Mr Bean, but we have real cricketing spirit .. and we Pakistanis have a funny habit of bouncing back :) Mr President: Congratulations. Your team played really well today"

We may not have the real Mr Bean, but we have real cricketing spirit .. and we Pakistanis have a funny habit of bouncing back :)

Notably, Pakistan's fake Mr. Bean did a show in Zimbabwe in 2016 and a user on Twitter also shared a few pictures from that. Interestingly, Pakistan's fake Mr. Bean has also done a commercial with former Pakistani cricketer Shahid Afridi. The hilarious viral meme was brought up on a show on Samaa TV where Shahid Afridi was a panelist. The host reminded Afridi that he had acted in an advertisement with the fake Mr Bean in Pakistan. "Yes, yes I remember,” Afridi said with a smile. “He totally looks like him. I was completely confused (“Bilkul waise hi hai yaar. Mein toh confuse ho gaya Kasam sey!”) Afridi said.

A fake Mr Bean was once paid to come and perform in Zimbabwe in 2016. pic.twitter.com/IrM5pfqcoH

Here is the footage of Pakistani, Mr. Bean in Zimbabwe. The controversy is getting out of hands 🤣pic.twitter.com/BW3oc3oZbm