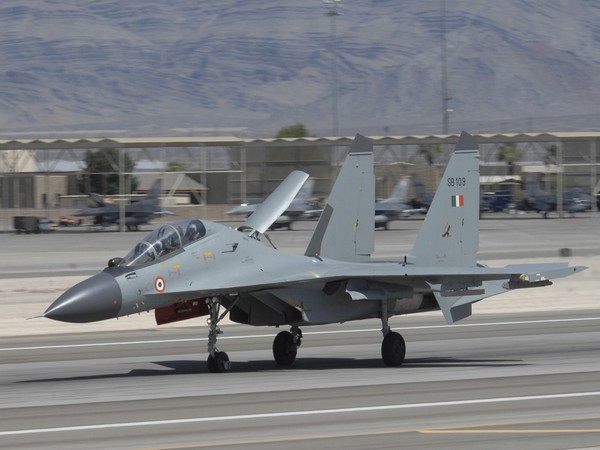 India and China military standoff for more than a year now, amid this Chinese Air Force recently had carried out a big aerial exercise from its airbases opposite Eastern Ladakh which was observed closely by the Indian side.

"Around 21-22 of Chinese fighter aircraft mainly including the J-11s which are the Chinese copy of the Su-27 fighters and a few J-16 fighters held an exercise opposite the Indian territory in Eastern Ladakh," defence sources told media agency ANI.

The Chinese fighter aircraft movements took place from its stations including Hotan, Gar Gunsa and Kashgar airfields which have been recently renewed to make the operations by all types of fighters smooth. Sources said that the fighter operations could easily be hidden along with the concrete structures to block the presence of the number of fighters at various airbases.

During the aerial drills, the Chinese aircraft remained completely within their territory.

Meanwhile, the Indian fighter aircraft activity has significantly increased since last year in the Ladakh area.

"After the summer deployments of the Chinese troops and Air Force this year, the Indian Air Force has also been regularly deploying detachments of its fighters including the MiG-29s in Ladakh," sources said.

The Indian Air Force also regularly flies its most competent Rafale fighter jet which has expanded the Indian capability along the Line of Actual Control as 24 of these planes are already in the Indian inventory now.

Also Read: Jeff Bezos to fly to space next month, says 'It's a lifelong dream'

Though the Chinese have pulled back their troops from the Pangong lake area, they have not removed their air defence systems including the HQ-9 and HQ-16 which can target aircraft for long areas.

India is closely watching the Chinese Air Force activities like that of the airfields in Hotan, Gar Gunsa, Kashghar, Hopping, Dkonka Dzong, Linzhi and Pangat airbases in the Xinjiang and Tibet region.

At the time of tension with China in April-May, the Indian forces had seen Su-30s and MiG-29s being deployed at the forward airbases and they helped in preventing an airspace breach gambit by the Chinese aircraft in the Eastern Ladakh sector.

The Indian Air Force has an advantage over the Chinese in the Ladakh region as their fighters have to fly and take off from very high altitude stations whereas the Indian troops can take off from plains and reach the mountainous region in time. They can because of the speed of the aircraft can deploy aircraft wings at fast speeds nationwide and despite limited resources, they can be utilised very effectively.