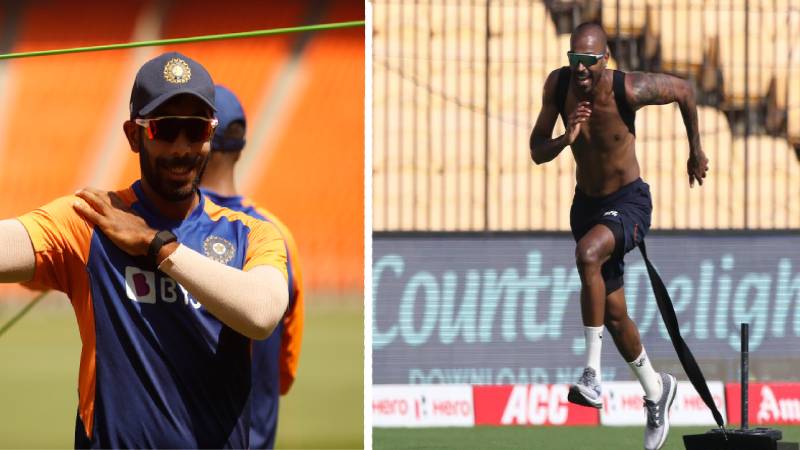 The third match of the 4-Test series between India and England will be played at Motera Stadium in Ahmedabad from tomorrow. This will be the first international match at the newly built world's largest cricket stadium. The suspense remains on its pitch. It is being hoped that the first 2-3 days on the pitch can help the pacers, but in the end, the spinners can also show their skills.

In this case, Team India can land with 2 spinners and 3 fast bowlers. Among the spinners could be Ravichandran Ashwin and Axar Patel, the heroes of the previous Test. The fast bowlers may include Ishant Sharma, Jaspreet Bumrah, and Hardik Pandya. Bumrah played the first Test of this series. Mohammed Siraj was included in his place in the second match. Bumrah may replace Siraj in the third match. At the same time, all-rounder Hardik Pandya, who has not been bowling since the injury, has practiced in the net with the pink ball. In such a situation, it is expected that he can come into the playing XI and can also bowl.

If Pandya returns, there will be a total of 3 all-rounders in the playing XI along with Ashwin and Akshar. Ashwin also struck a century in the second Test of the series. He played an innings of 106 runs. Also, he has taken a maximum of 17 wickets in 2 Tests of the series.

Indian batting opener Rohit Sharma, Virat Kohli, Rishabh Pant, and Cheteshwar Pujara will be on the Indian batting in the day-night Test. Shubman Gill will accompany Rohit in the opening. In such a situation, they will be expected to start well. Kohli, Pujara, and Pant are still doing well in the middle order. There are only 4 Indians in the top-5 scorers of the series.