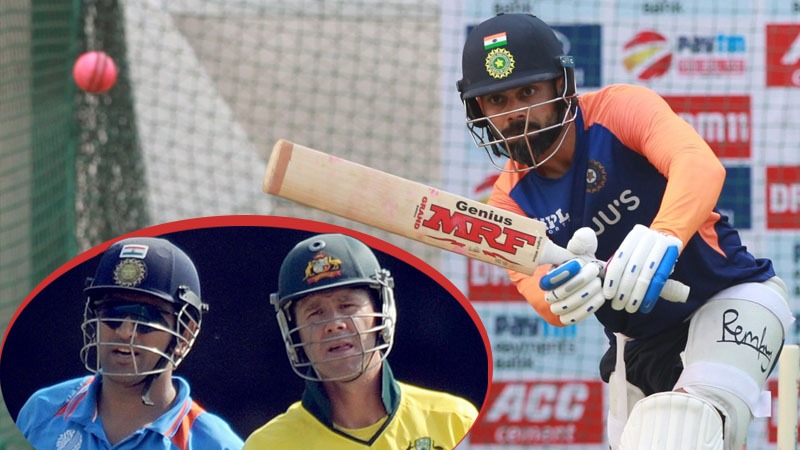 The third match of the four-Test series between India and England starts on Wednesday at Motera Stadium in Ahmedabad. If Team India captain Virat Kohli scores a century in this match, then he can become the world's third batsman and India's first batsman to score two centuries in the Pink Ball Test. Virat scored a century in the day-night test against Bangladesh in Kolkata in 2019.

Pakistan batsman Asad Shafiq and Australia batsman Marnus Labuschagne are at the forefront of scoring a century in a Pink Ball Test match. Both Shafiq and Labuschagne have scored 2-2 centuries playing four-day-night test matches. 16 other batsmen including Indian captain Virat Kohli have scored a century each.

However, Kohli is also on the verge of becoming the most successful Indian Captain of all-time surpassing MS Dhoni. Both Kohli and Dhoni have won 21 matches as captain for India in the longest and oldest formats of the gentlemen's game. Since Dhoni has already retired from international cricket, skipper Kohli is all set to surpass the legendary wicketkeeper-batsman MS Dhoni in the ongoing four-match Test series.

If the Indian team wins the upcoming 3rd Test against England at the Motera Stadium in Ahmedabad, it will be Kohli's 22nd Test win as captain at home, and he would surpass Dhoni to claim the top spot in the list.

Apart from most test hundred in Pink ball test by an Indian batsman and surpassing MS Dhoni's record, Kohli is also on the verge of creating a world record. If Virat Kohli gets a century in the pink-ball Test, he would be crossing Ponting in the list of captains with most international hundreds. It would be Kohli’s 42nd international ton as captain, the highest by any player in the world. It would be Kohli's 28th Test hundred. Currently, both Ponting and Kohli are tied at the top position in the list with 41 centuries to their name.