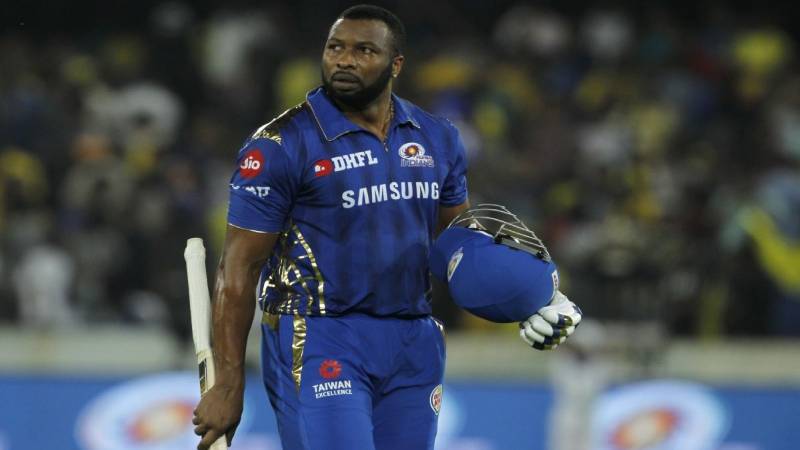 During India's cricket festive season, players are scripting new records and this time West Indies captain Kieron Pollard has made it to the list. While playing the ninth match of the IPL 2021 at the MA Chidambaram Stadium in Chennai on April 17th, MI batsmen Kieron Pollard becomes the third international player to hit the 200th six in the IPL history.

Notably, Kieron Pollard came on the list, after Chris Gayle and AB de Villiers hit 200 sixes in the IPL.

On the list of the most sixes, Chris Gayle tops the chart with 351 sixes followed by AB de Villiers who is 114 short than the former. Kieron Pollard now stands at sixth place to cross the mark of 200th sixes in the IPL. The list also includes Indian players including Rohit Sharma, who smashed his 200th six in the ninth match against SRH, on the third position followed by MS Dhoni and Virat Kohli.

Pollard is also among the top 10 on the list for hitting most boundaries in the IPL with 199 fours.

In today's match, Kieron Pollard while playing for Mumbai Indians hit 35 on just 22 balls thus, pushing the team's total to 150.