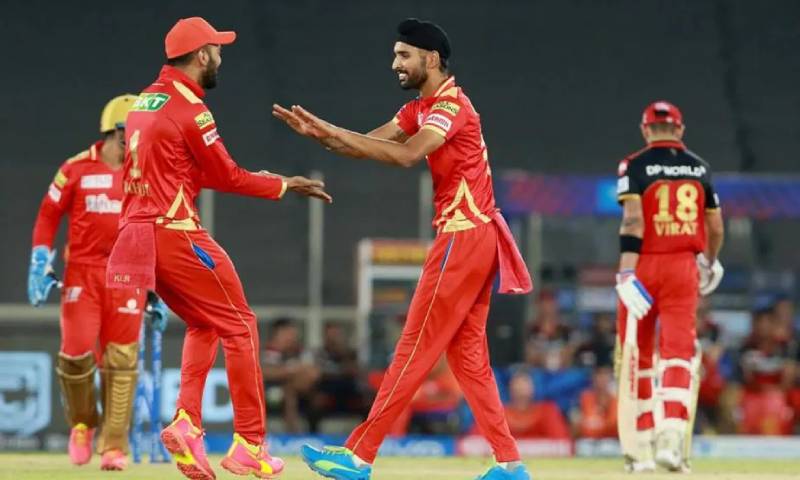 In tonight’s match, Harpreet Brar emerged as the star-bowler as he took the significant wicket of RCB captain Virat Kohli, who contributed 35 runs off 34 balls to push his team to beat the target. He also departed Glen Maxwell for 0 off 1 ball and AB de Villiers for 3 runs, this, however, has ended the innings of RCB as they lost their star performers.

Notably, the spinner Brar did not show electrifying performance in bowling but has also shared a run-stand of 61 with captain-partner KL Rahul to help their team to set a target of 180 runs for RCB.

However, after the PBKS innings, RCB batting started with an exciting over from pacer Riley Meredith who strived to take the wicket of Devdutt Padikkal and Virat Kohli.