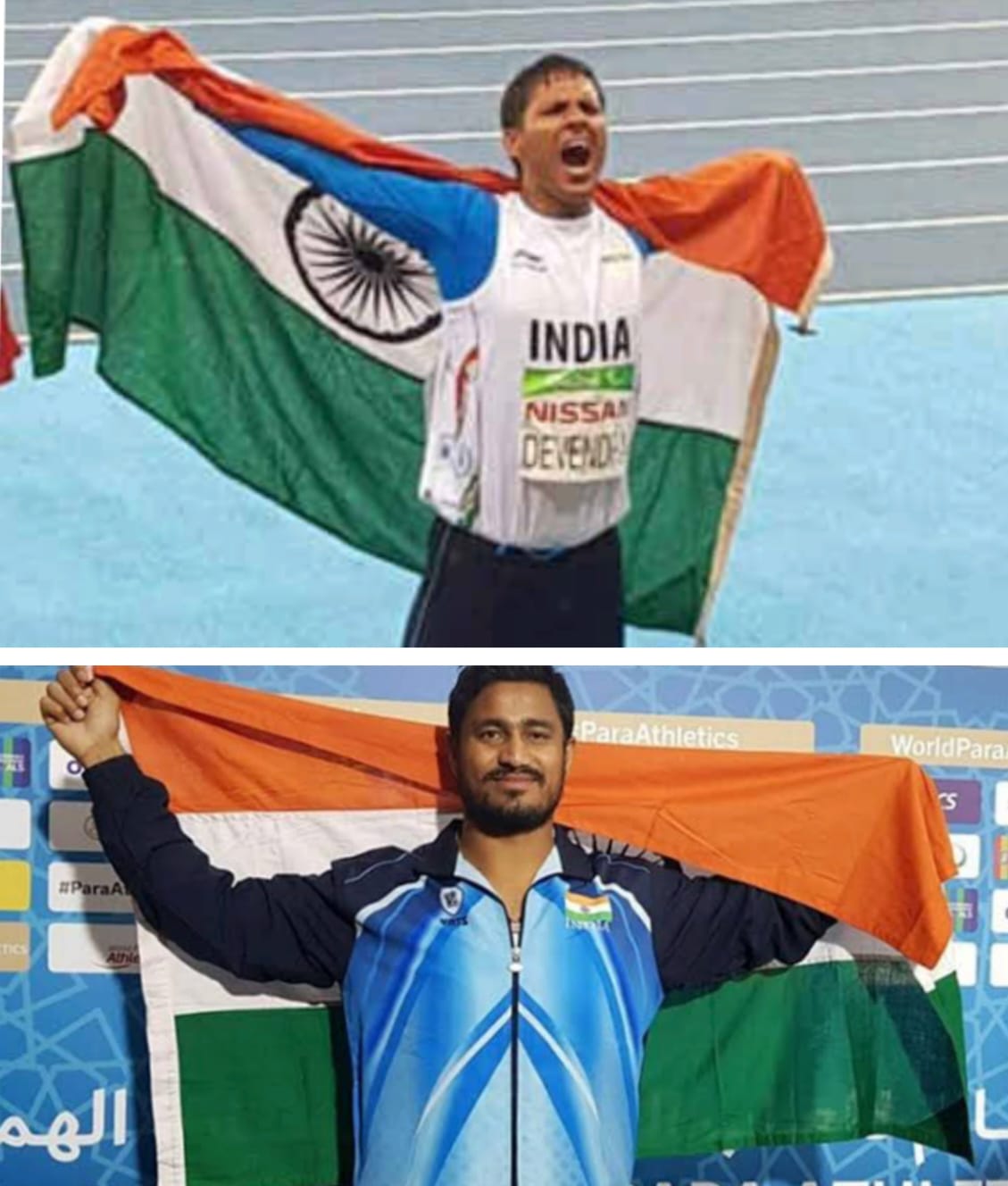 On Monday, Devendra Jhajharia and Sundar Singh Gurjar bagged silver and bronze medals respectively, in the javelin throw event (F46) in Tokyo Paralympics 2020. And how India has seven medals and stands at 37 rank.

India’s javelin thrower Devendra Jhajharia, who is two times the gold winner, won his third Paralympic medal on Monday with his best throw of 64.35 metres, which is his personal best throw. The gold was bagged by Sri Lankan player Dinesh Priyan Herath Mudiyanselage, who set a new record with his 67.79 metres throw.

40-year-old, Jhajahria lost his left hand after accidentally touching an electric wire while climbing a tree at the age of eight. Jhajharia is currently employed with the Rajasthan Forest Department, earlier he was an Indian Railways employee.

Jhajharia has won Major Dhyan Chand Khel Ratna in 2017, FICCI Para-Sportsperson of the Year in 2014, Padma Shri in 2012 and became the first Paralympian to be so honored, and Arjuna Award in 2004.

Sundar Singh Gurjar won the bronze medal after his throw of 64.01 metres. He started slow but his third throw was enough to bag a bronze medal for the country.

Gurjar lost his left hand in 2015 after a metal sheet fell on him at his friend's house. Gurjar hails from Karauli, Rajashtan and had won gold in the 2017 and 2019 World Para Athletics Championships. He had also won a silver medal in the 2018 Jakarta Para Asian Games.

He is also a recipient of the Arjuna Award for Para-athletics. He set a world record at the 16th Para Athletics National Championship in Panchkula, for holding three gold medals in three events. He plays three games – Javelin throw, shot put and discus throw.

The F46 classification of the game is for those para-athletes who have arm deficiencies and impaired power muscles.

Yogesh got off to a bad start when his first throw was ruled foul, but the Indian para-athlete quickly made up for it by throwing 42.84 metres on his second try.

His third and fourth attempts, though, were both ruled foul. Yogesh, who had previously won a gold medal at the 2019 Indian Grand Prix, came out firing in the final two throws, scoring 43.55m and 44.38m on his fifth and sixth attempts, respectively.