Know the reason behind Sania Mirza and Shoaib Malik's divorce

Sania and Shoaib have decided to part ways already and only formalities are now left before the paperwork is done. 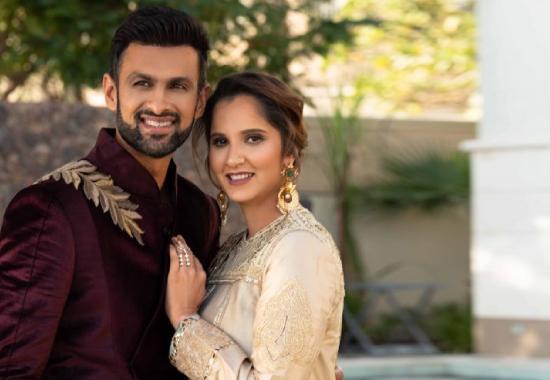 Why Sania Mirza and Shoaib Malik are getting divorce?

As per multiple reports, Shoaib Malik cheated on Sania during one of his TV shows, however, the authenticity of the report is yet to be known. Media organizations like DNA and others stated that Shoaib Malik cheated on Sania Mirza and from there, things started to go downfall between them. Following that the cricketer is not living with Mirza. In fact, both Malik and Mirza have posted a few cryptic posts on their social media. Recently, Sania Mirza took to her Instagram and posted a cryptic picture that reads “Where do broken hearts go? To find Allah.” Notably, it is not the first time Sania posted a cryptic message. A few days back, Sania Mirza posted a picture with her son on the photo and video sharing platform Instagram and added the caption 'The moments that get me through the hardest days'. This adorable picture of Sania with Izhaan sparked rumours of her marriage taking a toll on her.

It is pertinent to mention here that Sania Mirza divorce rumours started when Shoaib Malik posted a family picture with his wife and son and wrote, "When you were born, we became more humble and life meant something special to us. We may be not together and meeting everyday but Baba is always thinking about you and your smile every single second. May Allah give you everything you ask for @izhaan.mirzamalik..Baba & Mama love you"

The couple got engaged to Shoaib Malik in 2009. The next year, they got married on April 12, 2020. Malik and Mirza got married to each other in a traditional Hyderabadi Muslim wedding ceremony at the Taj Krishna Hotel in Hyderabad which was followed by Pakistani wedding customs for a mahr of Rs 6.1 million (US$137,500). The 'Walima' ceremony was held in Sialkot, Pakistan. Sania Mirza announced her pregnancy via social media on April 23, 2018. After that, on October 2018, Malik took to his Twitter to announce that Mirza had delivered a baby boy and named him Izhaan Mirza Malik.