Mohammad Sajid Hussain is a scientist and educator from Jharkhand who left his high-flying profession to return to his own village to create Schoolasium, a learning centre that teaches impoverished kids across the state using a unique learning methodology. 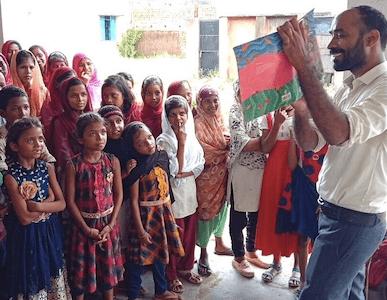 Students from Class 3 in Chitarpur, Jharkhand, brought oranges, lemons, bitter gourds, turmeric, and other food items from home. While the students will ultimately consume these foods for their nutritional worth, today they will be tasting them to determine if they are acidic, alkaline, or base.

Looking at the interested children in front of him, Mohammad Sajid Hussain, a scientist, educator, and a village local, recalls his own school days, when he was in a classroom with 110 pupils. Only a few of them were able to advance in their careers after completing their education. Others barely made ends meet working in low-skilled jobs.

“After gaining experience at various educational institutions, I realised that poor academic conditions and a lack of educational infrastructure were preventing children from realising their full potential. This has an impact on their academic and professional progress,” he tells True Scoop News.

According to Sajid, students from the upper crust of society had access to high-tech educational facilities and therefore achieved higher social status. “Economically deprived children were deprived of the same, hindering their progress and creating an educational gap. He says, "I wanted to change it."

So, in 2015, Sajid left his work and relocated to Chitarpur. 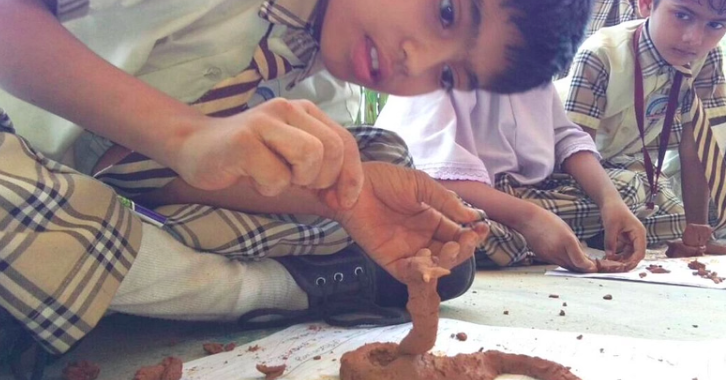 Different Learning Model
“During my stay at NAL, I realised that if I could aid such children by offering better education, I could help develop hundreds of scientists and engineers,” the 35-year-old continues.

In the same year, he created 'Schoolasium'. This is an experiential learning institution that serves as a resource centre for thousands of students around the state who require infrastructural assistance. According to him, his model was a success and is now being adopted and implemented by government and private schools throughout the state. 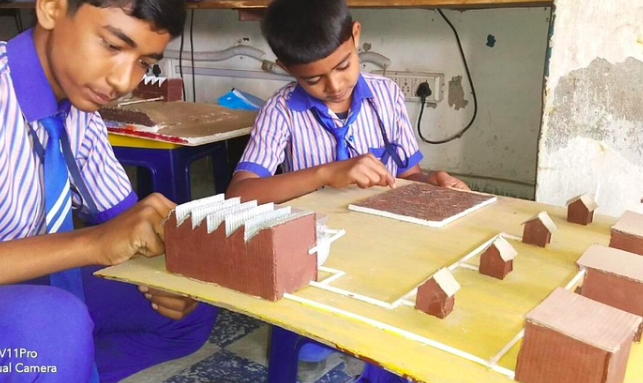 “Schoolasium is a combination of the word ‘school' and ‘gymnasium,' Sajid explains. He said, ‘I believe that students should exercise their brains through practical lessons, similar to the benefits of a physical workout on the body's muscles.’

“Our school does not follow conventional teaching techniques, such as monologues and one-way information transfer from instructor to students,” he says.

Sajid describes the teaching methods by saying that the school serves as a study lab for pupils, giving them access to academic materials for hands-on learning. “Students are given a handful of grains, cereals, and veggies from home and forced to comprehend the nutritious content in them,” he adds, citing an example.

He also mentions that pupils are taught about organic farming. “Teaching in this manner allows students to have a more holistic learning experience by allowing them to touch, smell, and see the things. They can recollect what they learned about a vegetable or grain the next time they see it. He says that they are not required to memorise its characteristics from a textbook. 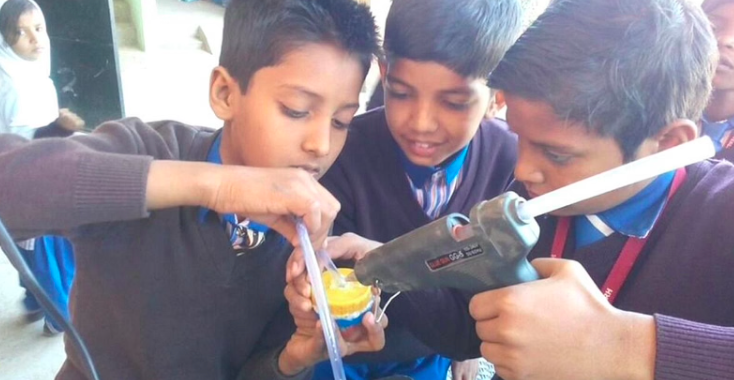 Similar teaching approaches, he claims, apply to other academic topics as well. “The lessons are matched with the classroom syllabus to ensure that children follow the state education board's prescribed learning curve,” he adds, adding,“The school charges a monthly tuition of Rs 500, which is waived if the parents will be unable to pay.”

The state government saw a favourable improvement in the students as a result of the creative learning approaches. He explains, "We exhibited the approach to officials, who were impressed and chose to implement it."

“In addition to students, instructors were trained in applying new methods to impact education,” he adds.

According to Sajid, this educational approach has reached over 26,618 children from 85 villages, with over 621 instructors applying it in 122 schools. “There are 177 educators who provide teacher training,” Sajid says.

“On one occasion, kids bought blades, batteries, and motors to construct an electric fan during the hot months,” recalls Jitendra Kumar Singh, principal of one of the government schools. The small project kept them cool on hot days, and they were proud of themselves for coming up with a solution to their own problems. These are the alterations that may be seen in the area.”

Despite the accomplishment, Sajid believes there is still much more to be done. “We confront several obstacles, ranging from raising funds for the cause to changing people's opinions. He continues, "The school system is more exam-driven than learning-based and has to change.”

Regardless, he hopes to create organic scientists and engineers who will be able to generate jobs. “Rather than regimenting them through uniforms, discipline, and mugging from textbooks, I want to help them develop their thinking talents and offer them proper respect as students,” he says.