Arbaaz Merchant's father, Aslam Merchant, has stated that his son and Aryan Khan are not involved in the narcotics case. 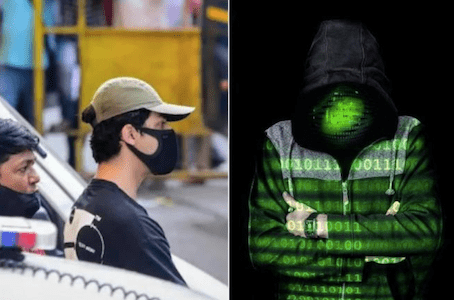 A Mumbai court refused Aryan Khan, the son of Bollywood superstar Shah Rukh Khan, bail in the Cordelia drug case on Monday. The Narcotics Control Bureau (NCB) took Aryan, along with the other co-accused Arbaaz Merchant and Munmun Dhamecha, into detention until October 7. In the meantime, NCB Zonal Director Sameer Wankhede has explained why the agency requested a detention extension.

Wankhede stated that the dark web is linked to the hidden clutches of drug empires in an exclusive interview. He also stated that they have requested an extension of custody since there is still a lot to look into in this matter.

Also Read: Sameer Wankhede on Aryan Khan drugs case: ‘NCB arrest hard-core, drug related criminals’; thrashes claims of targeting anyone
Sameer Wankhede told a leading daily, “We've made a slew of fresh arrests, including drug peddlers who used to distribute illicit drugs at parties. We've also discovered ties to the dark web and Bitcoin throughout these arrests. Drugs in commercial quantities have been seized. The gravity of the situation has increased, necessitating more investigation.”
Also Read: ‘Witch Hunt’: Sussanne Khan dismisses Shobhaa De's comments, lends support to SRK & wife Gauri, calls Aryan ‘a good kid’
Meanwhile, some internet users have claimed that Aryan Khan's arrest was planned in order to attack Shah Rukh Khan. Wankhede categorically refuted the claims, emphasising that the NCB is not chasing anyone. NCB has also detained serious drug-related offenders in order to dismantle the narcotics empire, according to him.
Sameer Wankhede, has rejected all allegations that Shah Rukh Khan and his son Aryan Khan are being targeted.  He tells a leading newspaper, "We are not targeting anyone at all." We have nothing against Aryan Khan. Over 300 people have been detained in the previous ten months. There would only be 4 to 5 well-known individuals among them. How can you claim we're going after anyone? How can you say we're targeting anybody? The vast majority of those detained in the previous year have been hard-core drug dealers and criminals.”
In the meantime, Arbaaz Merchant's father, Aslam Merchant, has stated that his son and Aryan Khan are not involved in the narcotics case. He also stated that there are no WhatsApp messages that prove the duo's link to narcotics traffickers.