Sussanne Khan turned to social media to express her thoughts on Shah Rukh Khan's son Aryan Khan's arrest. She stated that it was not about Aryans, but that a 'witch hunt' for Bollywood stars was underway. 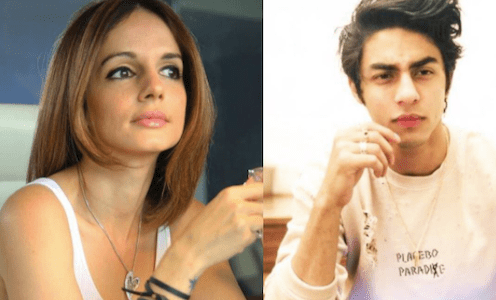 Sussanne Khan has joined Pooja Bhatt, Hansal Mehta, and others in expressing support for Shah Rukh Khan and his wife Gauri Khan following the arrest of their son Aryan Khan during a recent Narcotics Control Bureau raid. Sussanne, an interior designer and Hrithik Roshan's ex-wife, turned to social media to express her thoughts on the arrest and the widespread accusations of a "drug culture" in Bollywood. She feels that this is a 'witch hunt' targeting Bollywood stars and isn't about Aryan. 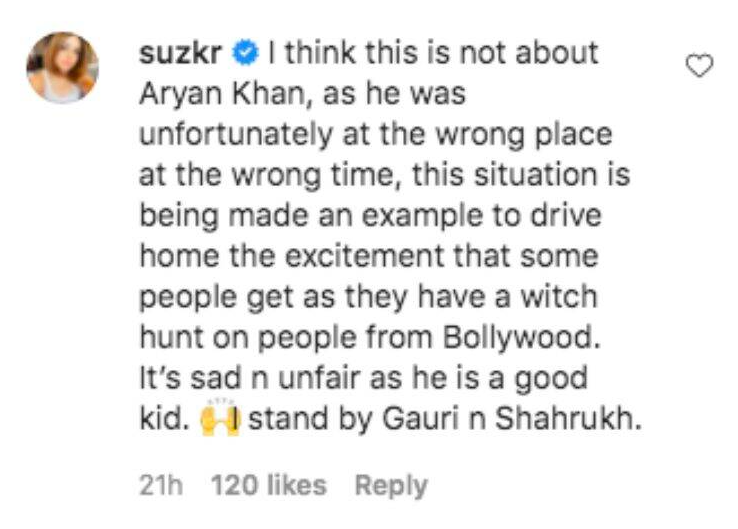 Reacting to journalist Shobhaa De’s report on Instagram, Sussanne wrote, “I think this is not about Aryan Khan, as he was unfortunately at the wrong place at the wrong time, this situation is being made an example to drive home the excitement that some people get as they have a witch hunt on people from Bollywood.” Adding that Aryan is a ‘good kid’ Sussanne wrote, “It’s sad n unfair as he is a good kid. 🙌 I stand by Gauri n Shahrukh.”
Also Read: No bail for SRK’s son Aryan Khan in Drug case, will stay in NCB custody
Sussanne Khan discussed the incident as a wake-up call for parents in the comments section of columnist Shobhaa De's post. Sussanne disagreed with Shobhaa, who wrote ‘A big one' in the caption in response to the news headline she had shared.
Seema Khan and Maheep Kapoor also paid a visit to SRK's Mannat house on Monday to greet their close friend Gauri Khan. Salman Khan has already been seen visiting in Mannat to show his support for Shah Rukh. 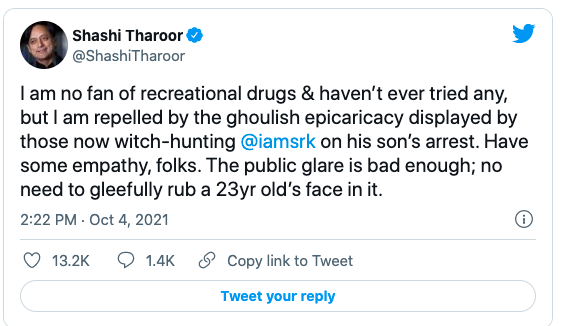 Politician Shashi Tharoor, like Sussanne, has called out those who are 'witch-hunting' SRK.  Tharoor wrote on Twitter, “I am no fan of recreational drugs & haven’t ever tried any, but I am repelled by the ghoulish epicaricacy displayed by those now witch-hunting @iamsrk on his son’s arrest. Have some empathy, folks. The public glare is bad enough; no need to gleefully rub a 23yr old’s face in it.”

Hansal Mehta, Pooja Bhatt, Suchitra Krishnamoorthy, and Suniel Shetty had already voiced their support for Shah Rukh Khan following the arrest of his son Aryan in a narcotics case.

The Narcotics Control Bureau seized Aryan Khan late Saturday night for interrogation after narcotics were discovered on the cruise he was on. Aryan, Munmun Dhamecha, and Arbaaz Merchant were eventually apprehended. All of the defendants, including Aryan, have been remanded in NCB detention until October 7.