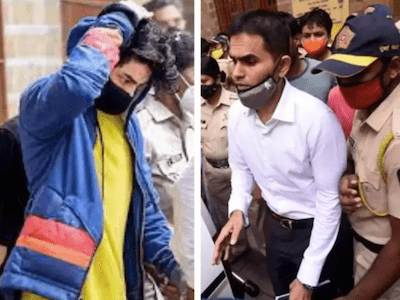 Sameer Wankhede, the Zonal Director of the Narcotics Control Bureau (NCB), has rejected all allegations that Shah Rukh Khan and his son Aryan Khan are being targeted.  He tells a leading newspaper, "We are not targeting anyone at all." We have nothing against Aryan Khan.  Over 300 people have been detained in the previous ten months. There would only be 4 to 5 well-known individuals among them. How can you claim we're going after anyone? How can you say we're targeting anybody? The vast majority of those detained in the previous year have been hard-core drug dealers and criminals.”

Wankhede goes on to say that media attention spikes only when a well-known individual is caught violating the law. He emphasises that the NCB works all year to eliminate drug trafficking by arresting peddlers and suppliers.

He concluded that, in light of the most recent development, the NCB is now inquiring the event organiser about their other events and the frequency of similar activities.
Meanwhile, bollywood mega-star Shah Rukh Khan’s son Aryan Khan would stay in NCB’s custody till October 7 and now he has been taken to the NCB office, Mumbai. Reportedly, the bail hearing was not attended by the 23-year-old boy’s parents – Shah Rukh Khan and Gauri Khan.
As per the reports, when the judge announced the decision, Aryan was calm while the other two broke down.
The court has ordered that the accused would stay in the NCB custody till October 7 for the questioning round. The Narcotics Control Bureau alleged that the case involves an international drug cartel.
On Saturday, the Narcotics Control Bureau (NCB) surprisingly raided and busted the rave party on a cruise ship mid-sea off the Mumbai coast. Today, the NCB team recovered more drugs on the Cordelia cruise and around eight more people have been detained by the bureau.