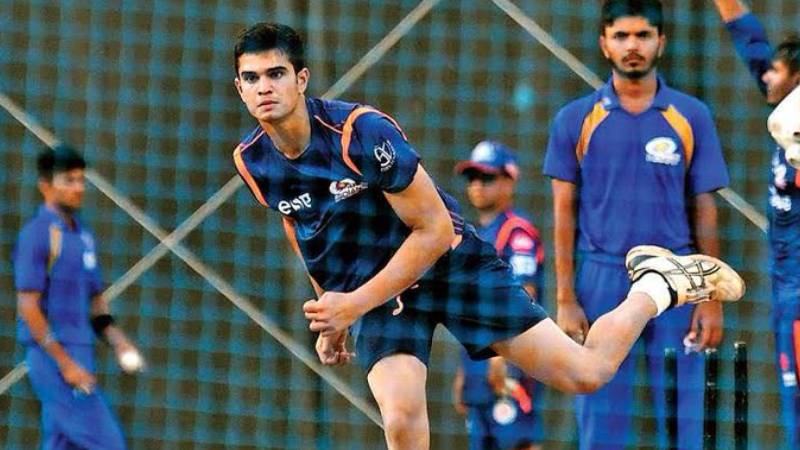 Sachin Tendulkar's son Arjun is all set to play the Indian Premier League (IPL) for the first time. He was bought by the Mumbai Indians at an auction on Thursday for the 14th season at a base price of Rs 20 lakh. After this Arjun said that he was eagerly waiting to play in the league. Arjun shared a video on social media. In it, he said, "I have been a fan of Mumbai Indians since childhood. Thanks to the team owner, coach, and support staff for trusting me. Excited to join Mumbai Paltan and desperate to wear the blue gold jersey."

However, after Arjun was bought by Mumbai Indians, people on social media started their criticism of junior Tendulkar and also started the debate of nepotism.

A user wrote, "Arjun Tendulkar is the only player in the history of IPL who exactly knew who is going to buy him and at what price."

Another user wrote, "if Arjun tendulkar can play for MI I can play for india And i can do more better than him. It's not about cricket in his blood , it's about how you can buy son for his father's records. Pappu can't dance sala, but if his father is judge, he would be winner."

Talking about Arjun Tendulkar, uncapped Arjun was placed in the 20 lakh base prize slot. The last name during the auction was Arjun's name. As soon as the name came up, Mumbai bid on him. Arjun was associated with the Mumbai Indians team as a net bowler from last season and also went to UAE for the tournament.