For a long time, actors have been promoting secularism by setting examples in their own homes. 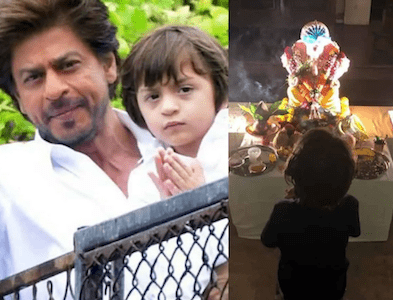 In Bollywood, we have numerous superstars who, regardless of religion, are seen enjoying all of the festivals with zeal and pomp. However, there will always be a segment of society that is dissatisfied with it.
One such occasion occurred when Shah Rukh Khan uploaded a beautiful photo of his younger son AbRam worshipping to Lord Ganesha at home. "Our Ganpati ‘Pappa' is home, as the little one calls him," he captioned it.
Also Read: On-screen ‘Troubled Relationship’ depicts the real side of the changing society; here’s 7 Bollywood films on Indian Matchmaking 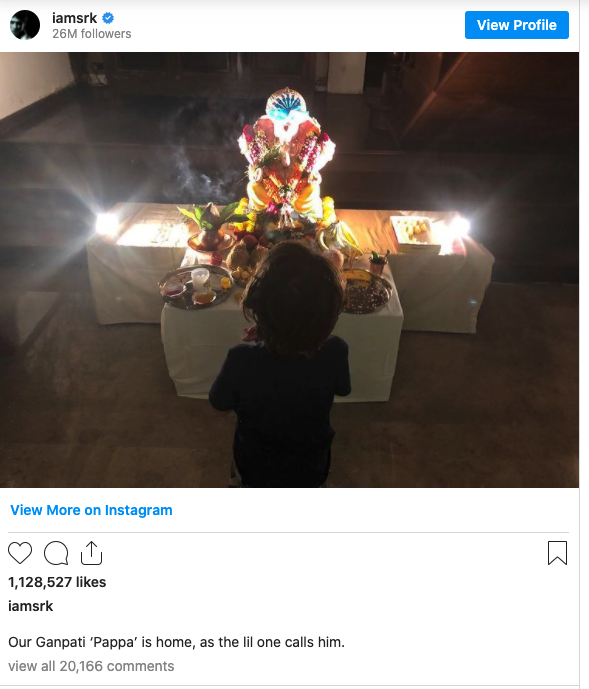 The picture shows a little Khan boy with folded hands standing in front of the Ganesh idol. While some praised the superstar for his secularism, others chastised him for celebrating Ganesh Chaturthi, describing it as a "sinful act." Some users even advised people to "unfollow" SRK, stating, "Shame on you.” 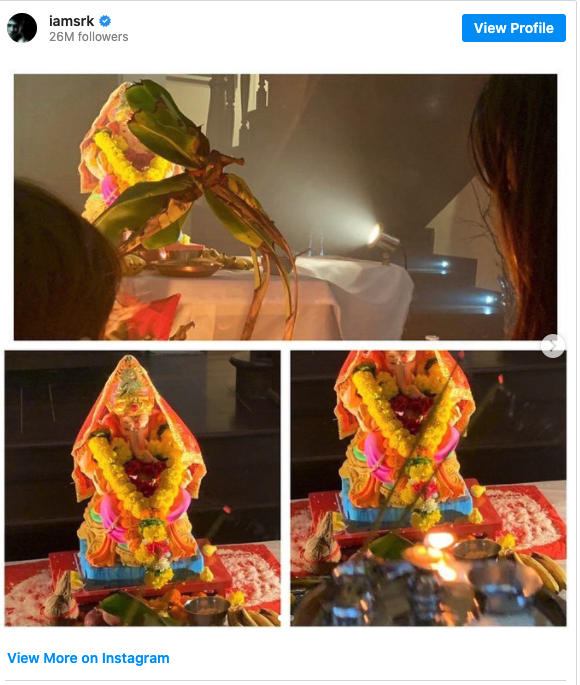 None of this, on the other hand, bothered Shah Rukh. Even the following year and the year after that, he kept up the tradition of celebrating Ganesh Chaturthi at home. Also Read: Govinda’s wife Sunita slams Comedian Krushna Abhishek: ‘Don't want to see his face’

When asked about the religious haters in an interview, SRK stated that he feels traditions and religions are all extremely personal. Children and adults, he believes, should be permitted to figure it out on their own.

The actor went on to say that his parents were the ones who introduced him to everything. He was living in a refugee colony. So whether he went to Ramleela or to Eid celebrations, his folks were equally pleased. According to him, you learn, respect, and love each other in this manner because you learn each other’s religion on your own. The superstar also wished for his children to follow in his footsteps. This is what his memories and thoughts are for them.