Following AB de Villiers' retirement, sports legends from around the world expressed their warm wishes to the South African hero.

De Villiers, who is known for his diverse stroke play, daring aggression, and steely approach to the game, made the announcement on social media yesterday.

After AB de Villiers announced his retirement from all forms of cricket on November 19, Google CEO Sundar Pichai paid tribute to the South African legend. 'One of my all-time favourite shows to watch!' Pichai wrote.


De Villiers has made an everlasting impression on international cricket, amassing over 20,000 runs and averaging over 50 in both Tests and One Day Internationals. De Villiers, who is known for his athleticism on the field and his adaptability in taking the wicketkeeping gloves when needed, captained South Africa to the 2015 Cricket World Cup semi-finals, where they were defeated by New Zealand. 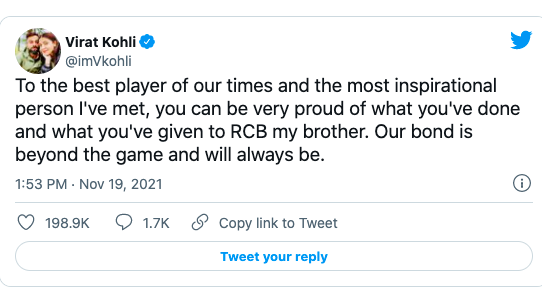 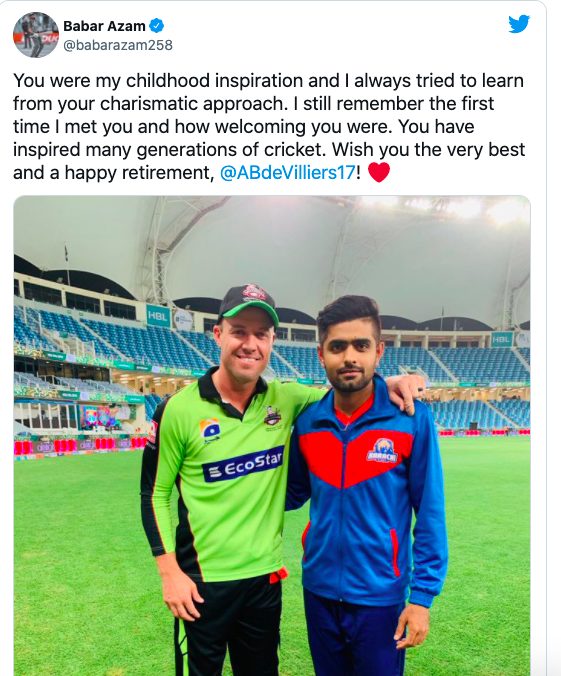 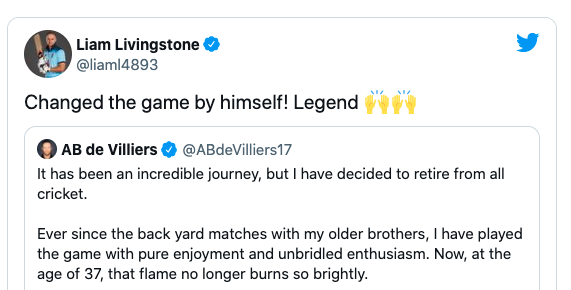 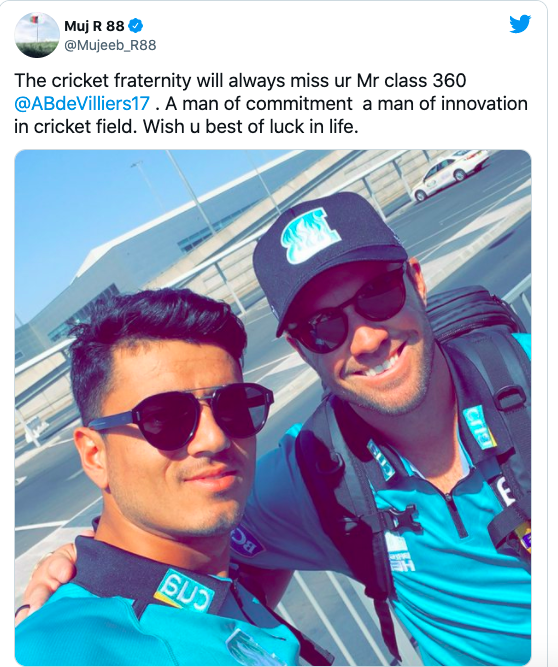 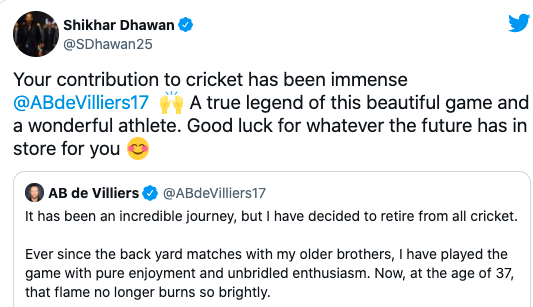 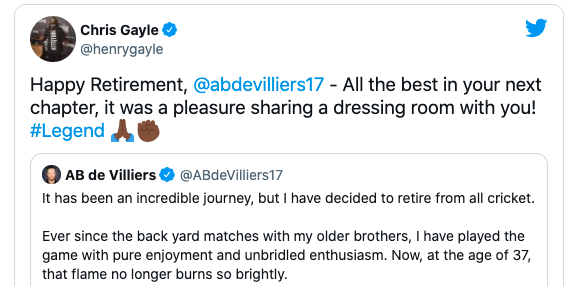 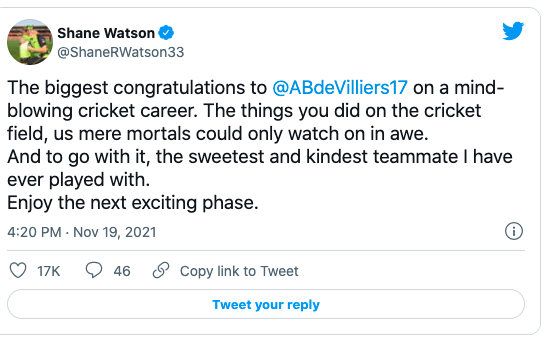 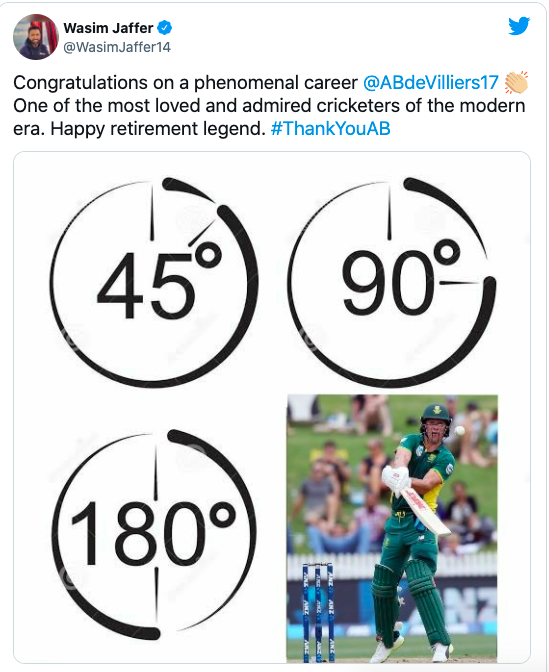 A number of the game's current superstars paid tribute, with several hailing de Villiers as a game-changer.

AB's contribution to the Proteas was acknowledged by Cricket South Africa and several of his international teammates. 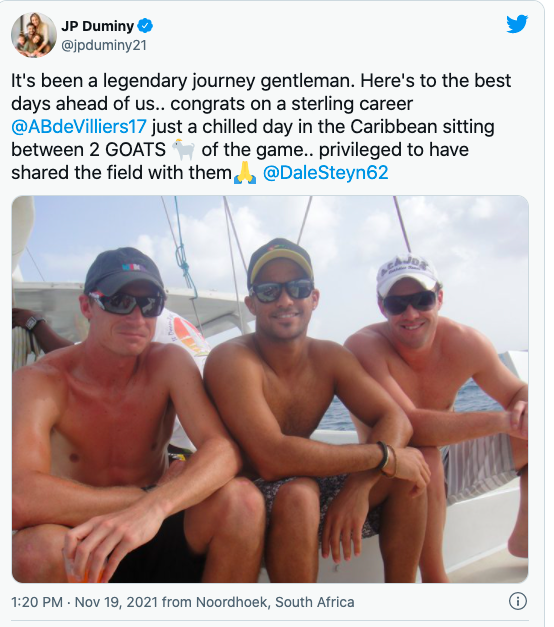 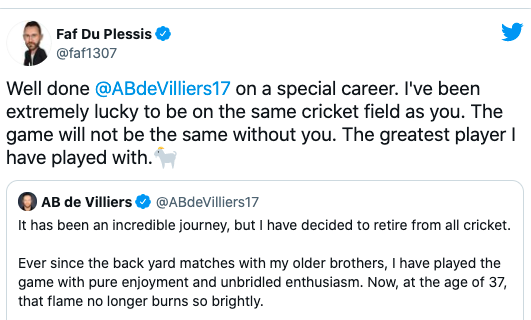