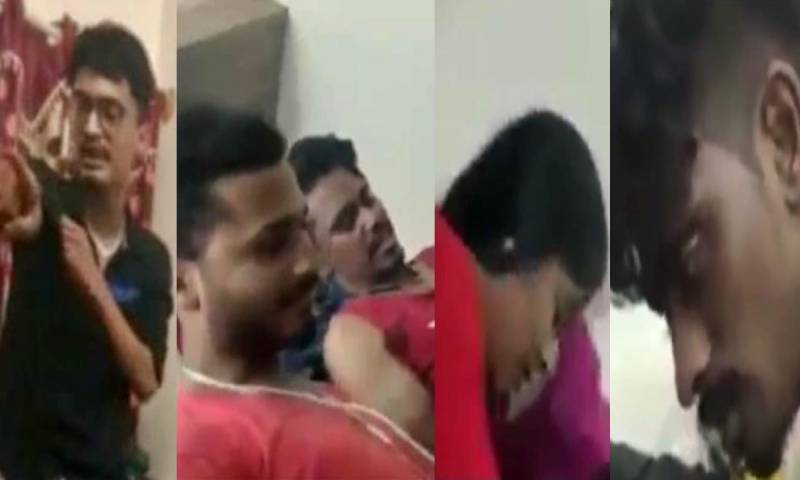 All the four persons were involved in an international trafficking ring and were arrested in a case filed on charges of trafficking women and forcing them into sex racket in India.

The traffickers used to film the women in compromising positions after drugging them. They later used the videos to blackmail the women and force them into sex crimes.

The investigating officer, Mohammad Mohiuddin Farooq, produced the four accused before the court seeking a 10-day remand for them to investigate the matter.

The international human trafficking ring spreading from Bangladesh to India, Pakistan and the Middle East, especially Dubai, reportedly has more than 50 members, who trick women into travelling to India and the Middle east by promising them jobs at markets, department stores and salons, sources said.

The traffickers used both legal and illegal ways to take the victims to India after gathering them in the border districts of Jashore, Satkhira and Jhenaidah.

The Rapid Action Battalion (RAB) of Bangladesh Police had arrested Rafi and three others from Jhenaidah, Jashore and the Benapole border area between Monday night and Tuesday morning. Later, a case was filed at the Hatirjheel police station.

Commander Khandaker Al Moyeen, director of the media wing of RAB, told IANS on Wednesday that TikTok Hridoy, another kingpin of the racket who was arrested in India recently, had helped Rafi traffic around 50 women since the duo had met two years back.

Hailing from Nadpara in Jhenaidah, Rafi got involved in women trafficking 10 years ago. Rafi has confessed to the police that in these 10 years, he had smuggled more than 500 women to foreign traffickers.

The racket came to light following the arrest of Hridoy and five of his associates in Bengaluru after a video footage of brutal torture and sexual assault of a Bangladeshi girl in India went viral.

The woman was tortured for helping two others escape, Rafi has confessed.

Rafi had trafficked the woman to Bengaluru in October last year where she was taken to a safe house. The video was recorded there, he confessed.

Rafi had earlier worked as a driver and a garment trader in Bengaluru for eight years during which time he came into contact with the human traffickers. He later formed his own gang, Moyeen told IANS.