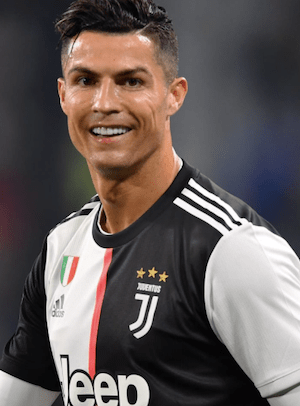 Cristiano Ronaldo returned to Manchester United on Friday, 12 years after departing as the world's most expensive player, with the goal of restoring the Red Devils' dominance in the English and European game. He writes an emotional message for Juventus upon his homecoming, adding that the Italian club will always hold a special place in his heart.

Manchester United and Juventus have agreed to conditions for Ronaldo's move, "subject to acceptance of personal terms, visa and medical." Until today morning, media sources said that Ronaldo was close to joining Manchester City, but later in the day, City dropped out of the talks, and Manchester United came in, made an offer for the Portuguese star, and sealed the deal. Juventus coach Massimiliano Allegri said on Friday that Ronaldo wanted to leave the club, and that he had told him, his teammates and his family.

Ronaldo is back at the club where he earned his name and glory just a few hours later.

United said in a statement that "everyone at the club looks forward to welcome Cristiano back to Manchester.”

According to Tancredi Palmeri, Ronaldo will plummet to the fifth most paid player in the world, earning only €23 million each year.
Palmeri has compiled a list of the top ten highest-paid footballers in the world, based only on their net salaries, with no bonuses or other sources of revenue taken into account. Let's take a look at the top ten: 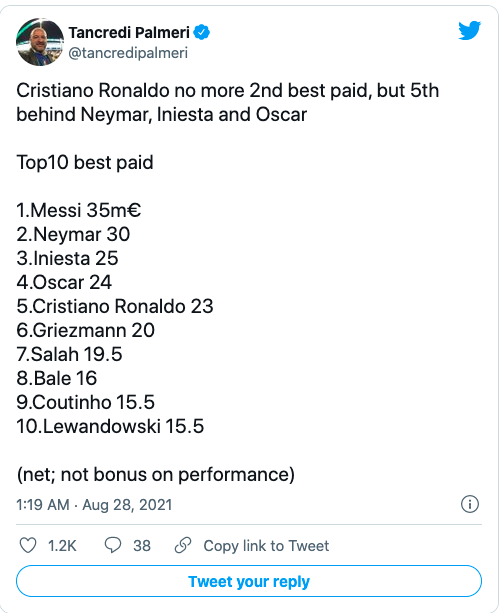 When Ronaldo earns less than Oscar and Andres Iniesta, it's an awkward situation.

Oscar, a Chelsea midfielder, is still in China, playing for Shanghai Port in the Super League. Many questioned his choice to quit the Premier League at the pinnacle of his career to pursue a career in China, but he had 24 million reasons to do so.

Iniesta, the Barcelona icon, is 37 years old and plays for Vissel Kobe in the J1 League.

Real Madrid and Barcelona, on the other hand, will be wishing they hadn't given Gareth Bale and Philippe Coutinho such big contracts.

Cristiano Ronaldo pens heartfelt message for Juventus
Cristiano Ronaldo, the Portugal captain, stated after his three-year tenure with Serie A club Juventus came to an end that the Italian club would always hold a dear place in his heart. See his Instagram Post here.

Ronaldo wrote in his Instagram post, ”Today I depart from an amazing club, the biggest in Italy and surely one of the biggest in all of Europe. I gave my heart and soul for Juventus and I'll always love the city of Turin until my final days. The "tiffosi bianconeri" always respected me and I tried to thank that respect by fighting for them in every game, every season, every competition”.

"In the end, we can all look back and realize that we achieved great things, not all that we wanted, but still, we wrote a pretty beautiful story together. I will always be one of you. You are now part of my history, as I feel that I'm part of yours. Italy, Juve, Turin, tiffosi bianconeri, you'll always be in my heart," he concluded.

Allegri wished Ronaldo the best of luck in the future and praised him for his work for Juventus on Friday.“Cristiano did a lot for this club, he’s a great champion, I wish him all the luck in the world wherever he will play. He gave a great contribution. For the season that I trained him he led by example for the lads, so he is only to be thanked for what he did for Juventus," he said.

With 451 goals in all competitions, Ronaldo is Real Madrid's all-time leading scorer. With the Spanish club, he won four Champions League medals and two LaLiga titles.